This Post was written by Shawn Lott: Shawn is the founding Chair of the Salem Out of the Darkness walk and an Oregon Chapter Board Member.

It’s been just over four years since I encountered the life changing tragedy of losing my oldest son, John to suicide. Looking back, I honestly believed I wouldn’t survive even four days. How could I? A mother’s job is to protect our children. To know their heart and to be able to see their pain, even when they do their best to hide that pain behind their smile. We have super human powers. We know our children and we can fix ANYTHING. The call that morning that brought me to my knees changed all of that forever. It changed me forever.

Many in our community know of the work I’ve done raising funds and advocating for suicide prevention. What most don’t know is the year prior to that…that FIRST and toughest year after losing my son. The year that I buried myself in work and in “life” and in proving to the world and to myself that I was okay. I had to be. I was still a mom to two other children. I still had a job that needed me. I still had friends that included me in all that they do. There simply wasn’t time for me not to be okay. What would people think if I didn’t keep doing all I was doing? I would look weak and I would let others down. I simply did not think it was okay for me not to be okay. Those closest to me knew that what I presented on the exterior was not what truly lived inside of me. They saw it. They told me they saw it. I ignored it..I WAS OK. Yeah, no I was so not.

It took a day, about 8 months after my son passed, when I had a complete meltdown at work for me to finally realize it. A breakdown in front of co-workers and patients to force to me get finally reach out. I found a support group for parents who had lost children and while it definitely helped, it just wasn’t enough. Losing a child in anyway is devastating, but losing one to suicide was something no one in the group had experienced and therefore I still felt like I was lost on an island all alone. No one knew my shame, the blame, or the gut wrenching guilt I carried. All that I harbored that made it impossible for me to feel that I had the right to really just grieve for the tragic loss of my beautiful child.

Then one day I came across the info about the AFSP walk in Portland, Oregon. It was within a month or so of the event and I thought it was worth checking out. I needed to do something. I HAD to do something. So, I started a small team with a friend and my daughter…we raised a little money, put on our shirts and showed up at the walk. From the moment I stepped into that mob of beautiful people, my heart knew for the first time what real hope felt like again. I was home….I would never, ever feel alone in my loss again. Others out there shared my story. Others out there knew my heart.

That morning brought me back to being me and turned on a new light within me as well. Most of all, it forced me to see that feeling like we have to keep our suffering a secret because it’s what society tells us to do is simply not right. My son did just that and for nearly a year, I had done the very same thing. I knew then I had to somehow help others to see it too. That it IS okay to not be okay.

My relentless crusade was born from that single morning. I vowed to myself that I would do more. I raised my goal the next year to $5,000 and rallied for an even bigger team. I told my story to anyone and everyone who would listen…and people listened. That year our team raised nearly $7,000, but more than that, the awareness was spreading. People really wanted to help. Schools reached out to hear my story. Those who donated, often shared their own story of how suicide had touched their own lives. People were talking about it!!

Then last year, my heart knew once again that I had to do even more. The higher the goal I set, the more people wanted to see that goal met, I told myself. My friends laughed when I posted a goal of $10,000, but I didn’t hesitate. I knew that even if we didn’t meet it, countless lives would still be saved. Go big or go home, right?? We went big…we raised nearly $12,000 for the walk and more and more people were talking about suicide. The funds raised were only second to the awareness raised.

Nothing could have prepared me for the loss of my child to suicide. No one could have convinced me that I’d ever find even a speck of faith in this world or in myself again. Now I can say, faith lives on and that huge hole in me the size of my child? Yeah, it’s still there, but it hurts a whole lot less because I can feel that he is proud of my fight to save others and that gives me strength when I need it most.

I began this crusade to somehow honor my own child, but I tirelessly keep trudging along and remain committed to it for everyone else’s.

“The best way to find yourself is to lose yourself in helping others”. No statement could be more true.

Through my work with the AFSP, I found myself again. Suicide IS preventable. We don’t have to be doctors or therapists. We just have to care. 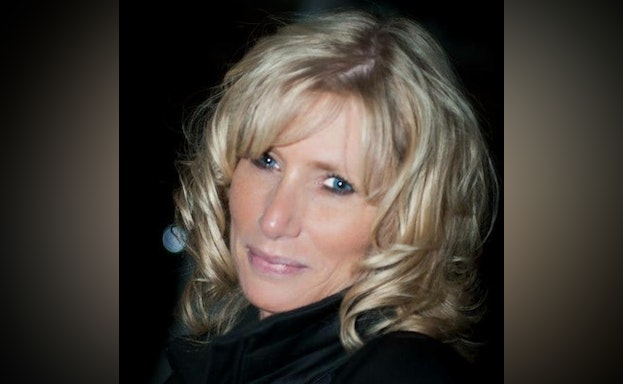