Learn more about suicide and prevention efforts in Nevada, including a list of laws enacted in AFSP's top priority areas. Updated: February 4, 2022. 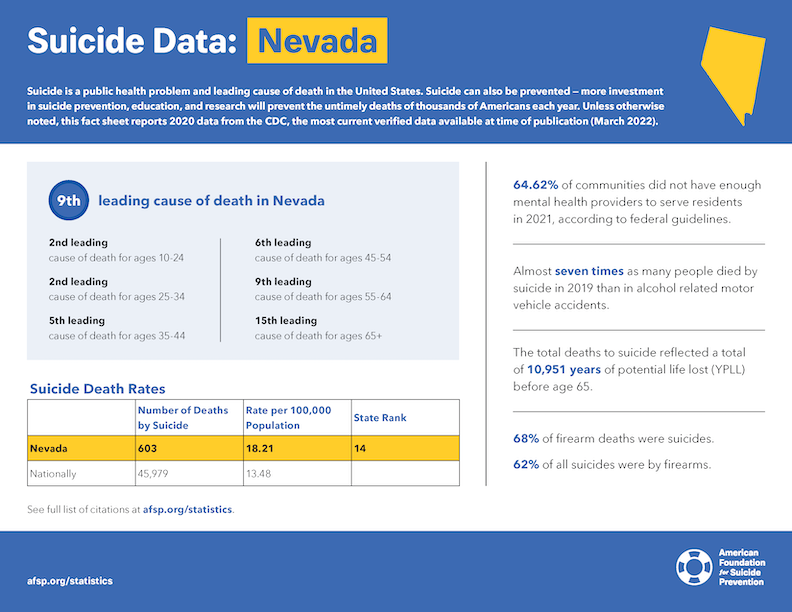 In 2013 Nevada law established the Committee to Review Suicide Fatalities (CRSF) within DHHS, and OSP worked to develop the protocols and tools to establish structure in that first year (NRS §§ 439.5102 to 5108). A 2016 report developed by the CRSF illuminated some of the specific issues and concerns for Nevada, and in order to move the report’s 12 recommendations forward, the Nevada Office of Suicide Prevention Action Plan 2017-2019 was created to guide future work and to serve as a communication tool with stakeholders.