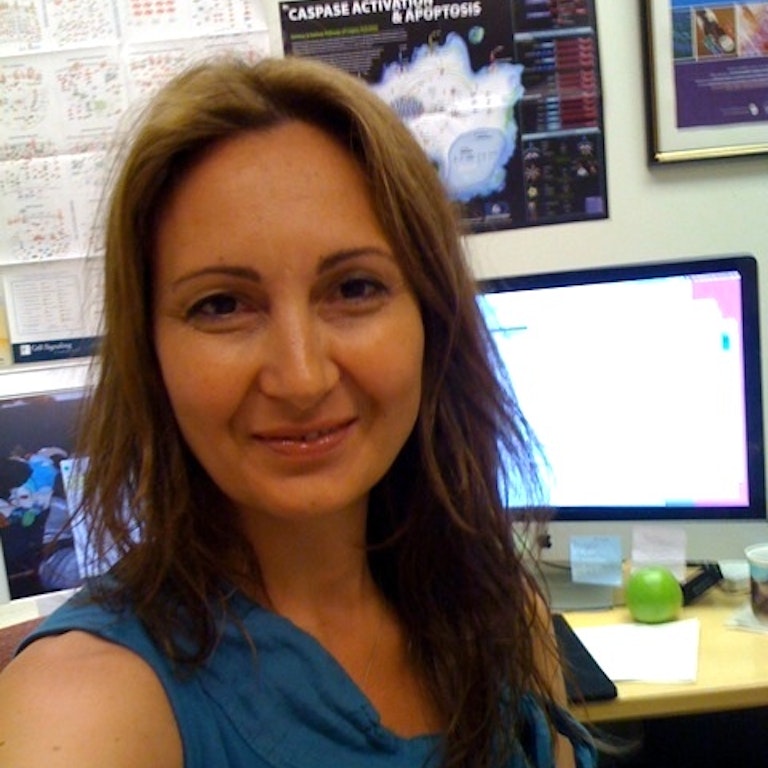 Bio: Dr. Boldrini received her medical degree in 1994 and her doctorate in 2003 from the University of Pisa in Italy. She is currently an Assistant Professor of Clinical Neurobiology in Psychiatry and Mentor in the Doctoral Program in Neurobiology and Behavior at Columbia University. She is also a Research Scientist V at the Research Foundation for Mental Hygiene in New York.

Abstract: The hippocampus is one of the brain regions that regulate emotional responses. It is also an area of the brain that has the ability to grow new nerve cells, known as neurons, and can make new neural connections.  Stress affects neuronal circuits and connections, and earlier research shows that 1) the hippocampus is smaller in people who have died by suicide and 2) thinking and brain functions controlled by the hippocampus are different in people who have attempted suicide when compared with those who have not.  The production and survival of hippocampal cells, known as neurogenesis, is regulated by proteins called growth or trophic factors and by the neurotransmitter serotonin. In people who have attempted suicide and in the brain of suicide victims, both trophic factors and serotonin are altered.

The goal of this study is to compare the anterior hippocampus of people with depression who died by suicide with people with depression and people without psychiatric conditions who died from other causes.   Adult hippocampal neurogenesis (neural progenitor cells, immature neuroblasts and mature granule neurons) will be studied using immunohistochemistry and stereology. The process of neuronal growth will be measured by identifying and counting cells expressing specific markers that identify their maturational phase toward becoming new neurons. The number of cells with markers regulating cell survival, gene transcription, and cell death (apoptosis) in the hippocampus will also be studied.

Impact: This research could form the foundation for subsequently designing treatments for those at risk of suicide, targeting cell proliferation and survival, and designing medications to regulate the expression of proteins controlling cell death.