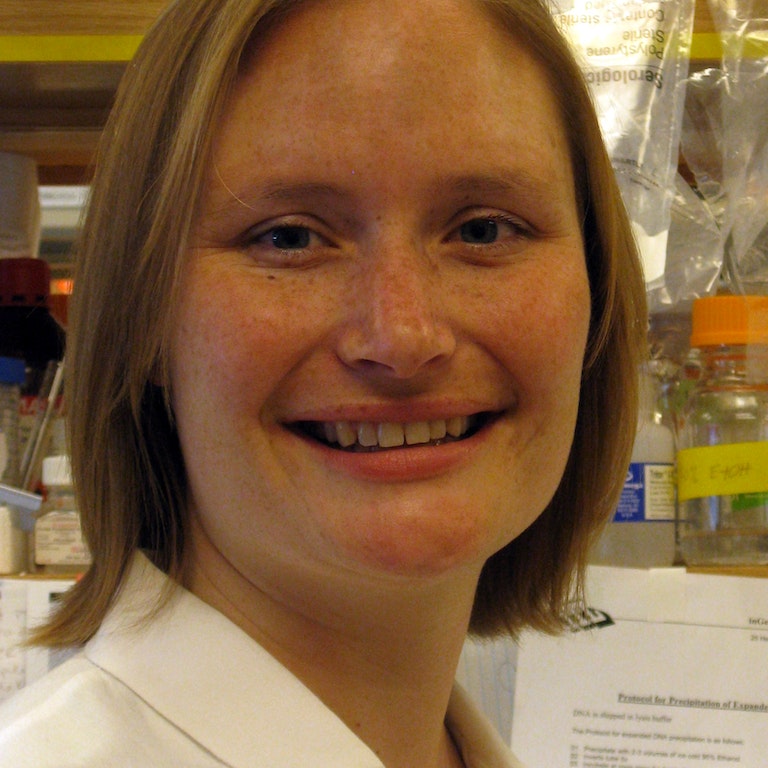 Bio: Dr. Donaldson received her Ph.D. in neuroscience from Emory University in 2009. She is currently a Postdoctoral Fellow in affective disorders training at Columbia University.

Abstract: Suicide is a complex behavior often triggered by exposure to stressful events, and further influenced by biological predispositions. Dr. Donaldson builds upon previous research to explain how stressful experiences interact with genetics to impact brain activity and risk for suicidal behavior. This study examines the effects of both genetic and environmental impact on the functioning of a serotonin gene which has been extensively linked with suicide. The study will use both post-mortem human brain tissue, as well as a humanized mouse model, to examine the relationship among stress, genetic variation/expression, and suicide. Dr. Donaldson will investigate the direct effects of variation in serotonin that are important predictors of suicidal behavior which is modeled in mice by measuring aggression, impulsivity, and decreased social engagement. The role of adversity will also be examined as a risk factor for behaviors considered as markers for suicidal behavior, to see if a history of significant stress interacts with genetic variation in relation to these proxy behaviors.

The study’s dual approach, i.e. post-mortem brain tissue and animal behavior, leverages the validity of working with human tissue while also taking advantage of the strengths of a unique animal model to determine causal relationships. This work facilitates the future development of targeted interventions and therapeutics by providing a mouse model for testing pharmacogenetic treatment pathways and may provide guidance for predicting individualized treatment outcome.