February 5, 2018 - One of the most important things we can do to lower the rate of suicide is to advocate for smart laws and policies regarding mental health and suicide prevention. Each year, the American Foundation for Suicide Prevention holds State Capitol Days. At these events, volunteers meet with state and local elected officials, educating them about our cause and encouraging them to pass legislation making suicide prevention a priority. 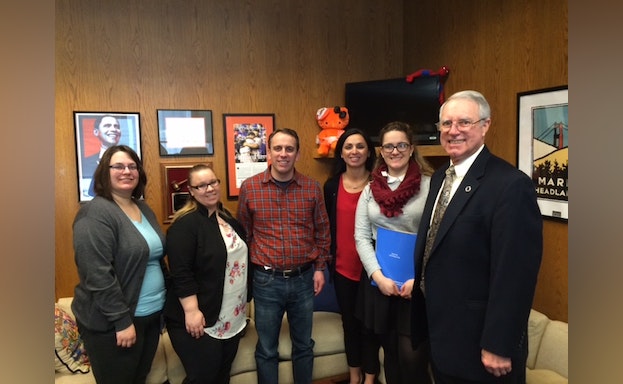 This is my sixth year as a member of AFSP’s California Public Policy Committee, where one of my responsibilities is to organize the State Capitol Day for AFSP’s seven California chapters.

Here are five things I’ve learned about organizing a successful State Capitol Day. (You may be surprised at the last one!)

One of the most difficult tasks I face each year is getting the seven California chapters to agree on a date since it comes at around the same time as Campus Walk season, and Spring Event time. One way I’ve found of smoothing out the process is to try and schedule the event as close to the same date as possible each year. That way, the chapters know from year to year when to expect State Capitol Day, and work around it.

Early preparation for State Capitol Day is essential. Each year, I’ve noticed, California elected officials play musical offices, always trying to improve the size of their space and its location in the Capitol Building. So as not to be embarrassed, it is important to double-check their office location when making appointments, as well as right before the date of the event.

What I have learned over the years is the importance of making repeated contact with the staffers of the elected officials you hope to meet with. Not only does this keep AFSP on their list of agencies to contact for support on mental health bills, but it shows a willingness on our part to get involved, which makes their job easier. The repeated contact has also led to staffers contacting me asking for ideas for future legislation; asking me to prepare testimony and testify in support of a bill; and write letters of support to committees and the governor. It has even led to other speaking engagements.

Prior to State Capitol Day, compile a list of bills that AFSP may support. Check in with AFSP’s D.C. office and put together short talking points for each of the bills. If possible, include attempt and suicide statistics for the elected official’s district. (In California, we can only get data from the State Department of Public Health by County, so we can’t get specific ‘District” data, but this doesn’t seem to be an issue.)

We’ve found this is an easy way to get the attention of the elected official or staff person, and makes for an easy conversation starter. You can begin the meeting by saying, “Last year, there were x number of suicide attempts and x number of suicides in the member’s district.” This gets their attention and makes for a nice transition into what the elected official can do to help reduce those numbers. You can then introduce the bills AFSP is supporting, explain how their passage will help, and ask for their support. If you don’t get a commitment, it is easy to follow-up with a telephone call or email to the person you met with.

Each year we end our State Capitol Day with an Ice Cream Social or Root Beer Float event.  We pass out invitations to all 120 offices while making our visits, and let the staff know we look forward to seeing them later in the day. The Ice Cream Social provides us an opportunity to display AFSP’s material and talk to staffers in a more informal setting. 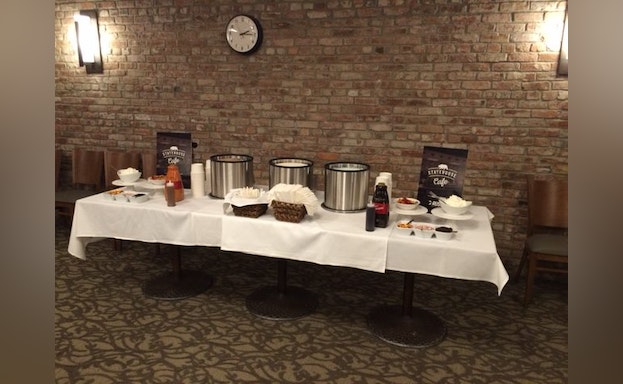 Holding a State Capitol Day can be fun as well as productive.