Eight words that stop people right in their tracks as soon as they come out of my mouth. The immediate response I get from people is usually a tilt of the head accompanied by a pitiful expression, followed by the words, "Aw, I am so sorry to hear that." They don't need to say anything else for me to know what they're thinking. I can see the judgment on their faces.

Here are some of the things people have said to me after I've told them about my father's suicide:

"Do you ever blame your dad for choosing to die that way?"

"You know, your dad isn't going to heaven since he did that."

These are all questions I have heard time and time again, but I am still left shocked when they come out of someone's mouth. Hearing these questions immediately puts me in defense mode. When the first question someone asks is, "How did your dad do it?" it makes me feel as if they don't really care about who my father was or my feelings surrounding his death. It makes me feel like they are only interested in my father's death, not his life.

I get extremely defensive when people ask me if I blame my father for "choosing" to die the way he did. While there are times I feel anger towards my father for ending his life, I do not believe he "chose" to die by suicide. People die from suicide just like they die from cancer. My father had a serious mental illness. It was reflected in how much he pain he was in, and how he struggled with his illness every day of his life. 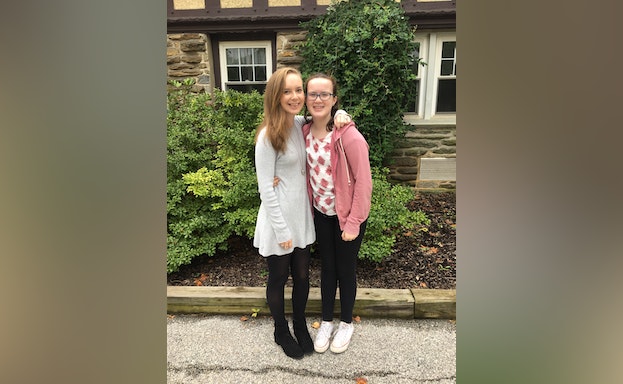 Most of the time, the people who respond in these ways are those who never knew my father while he was alive. They immediately judge my father's whole life based solely on the way he died.

If you did know my dad when he was alive, tell me what you loved about him. Tell me what still reminds you of him. Let me know when you find yourself missing him on some random day. Tell me all of the embarrassing stories you know about him; I know there are a lot of them.

I wish people who knew my dad would not stop talking about him. Grief can feel very isolating when it seems like everyone around you has forgotten the person you’ve lost, but you’re still missing them, which is something you will never stop doing.

I wish I could tell people about my father's suicide without feeling the need to defend every aspect of who he was. I wish I didn't feel the need to follow the statement, "My dad died by suicide," with the explanation, "He suffered from a mental illness and PTSD almost his entire life."

I wish people would look past the stigma of mental illness and suicide, and try to understand the truly amazing person my father was.

This is how I wish people would talk to me following my father’s suicide.