For guidance on supporting a younger child’s return to school following a suicide loss, click here.

The teen years are typically a time of self-discovery. Teens spend time thinking about their place in the world and who they plan to become. When someone close to them dies by suicide, teens frequently struggle with how the death changes their identity and what they think not only of themselves, but of their family. A loss by suicide often challenges a teen’s assumptions about life and how the world works. Many report realizing, for the first time, that life is not predictable or fair.

Returning to school after losing someone to suicide can be stressful for teens. Their peers will frequently ask a lot of questions about who died and how they died. It is recommended that teens have an idea, in advance, about how they might want to answer these questions. Parents can help teens by providing them with ample opportunities to think about how much they want to share and with whom. If a teen does not want to talk about their loss with anyone at school, it is advised that parents let them know that that is ok, too.  It is not uncommon for teens to want privacy after a loss.

In this day and age, with the Internet and social media, however, it is becoming less and less likely that the death will remain private. There are simply too many ways that information is spread. Think about all the ways teens communicate — texting, phone calls, Facebook, Snapchat, Instagram, and Twitter. Information (both factual and rumors) spreads quickly. It is helpful for parents to discuss these possibilities with their teens, and explore how they will cope with them as they arise.

Sometimes people will say insensitive things after a suicide loss occurs, either by accident or on purpose.  Someone attempting to comfort the teen, might unintentionally cause upset. For example, one well-meaning comment often spoken is, “At least they are not in pain anymore.” For some, this comment might come across as minimizing the grief that is felt by the teen. Other times, a comment might be said that is intentionally mean or harmful.

Parents can help their teens manage hurtful comments by empowering them to tell the person directly that the comment was hurtful. They can also empower them by letting them know they can walk away and ignore anyone who is intentionally trying to be mean and unkind. Just like with younger children, it is important for teens to have a safety plan in place if they get upset or begin to feel overwhelmed during school hours. Parents or caregivers can assist their teens in identifying the best plan or solution to help them during school hours.

One way teens cope is by spending time with their friends. Sometimes teens have a change in their group of friends after a suicide loss. They will gravitate toward people in their peer group who “get it” and will move away from friends who don’t. For example, one teen told the story of realizing she didn’t click with her old group of friends because they couldn’t understand all she had been through after her father died by suicide.  She ended up making a new group of friends. Not all of these friends had a loss in their life, but they had gone through other tough things and understood, on some level, the pain she was in.

Teens often turn to their friends for support both at home and at school. Some teens will talk openly to their parents, but others will hesitate from doing so. If a teens isn’t opening up about their feelings (which is quite normal), parents can encourage them to talk to another trusted adult. This may be a teacher, counselor, coach, or another relative. It could even be a friend’s parent. Parents can also seek outside support for their teen.  This may be in the form of a grief support group or a grief camp. The important thing is that the teen knows support is available when they need it.

For more information on how to support children and teens following a suicide loss, see AFSP’s Children, Teens, and Suicide Loss booklet, written in partnership with the Dougy Center, The National Center for Grieving Children & Families.

Schools seeking best practices for healing after a suicide loss in their community can look to AFSP’s After a Suicide: A Toolkit for Schools, produced in collaboration with the Suicide Prevention Resource Center. 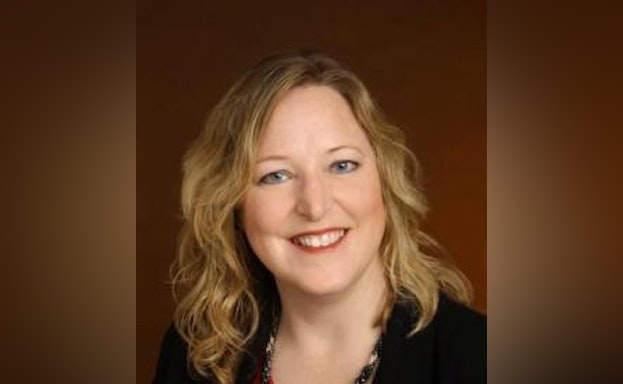 Dr. Pamela Gabbay is a childhood bereavement consultant and part of the national Training Corps for the American Foundation for Suicide Prevention. Formerly, Dr. Gabbay was the Director of the Mourning Star Center for Grieving Children and served as Camp Director for a bereavement camp for children in Palm Springs, CA. She also served two terms on the Board of Directors of the National Alliance for Grieving Children. Dr. Gabbay served as the President of the Southern California Chapter of the Association for Death Education and Counseling. She is the co-author, along with Andy McNiel, of Supporting and Understanding Bereaved Children: A Practical Guide for Professionals. Dr. Gabbay is also a co-owner of The Satori Group, an organization that provides education and consultation to the death, end-of-life, and bereavement fields. The Satori Group’s website is www.TheSatoriGroup.org. Dr. Gabbay may be reached at [email protected]