December 12, 2017 - The grandfather clock in the corner struck one. To this day, I’m not sure why I noticed. It chimes every fifteen minutes all day and all night. It was Wednesday afternoon, and I knew the chime meant it was my 60-year-old mother’s lunchtime. She had abruptly reminded me of this as our conversation ended, saying she had to go. I was concerned because she hadn’t been acting like herself lately. My normally vivacious, fun-loving mom, so full of life and energy and love for her family, was distant and distracted. She had always struggled to keep her depression at bay, but it seemed to be back with a vengeance in recent weeks. I was about to try to reassure her that everything would be alright, but the chime distracted me as I struggled to stop my toddler, her granddaughter, from crying.

“I love you, Mom,” were my last words as I hung up the phone. I don’t remember what her response was.

She had seemed so agitated and disconnected; as off-kilter on the phone as she had been during her visit the weekend before. She spoke of serious side effects of her new medication, but since she worked in a cubicle and often complained of the lack of privacy, I didn’t pry her for more information. 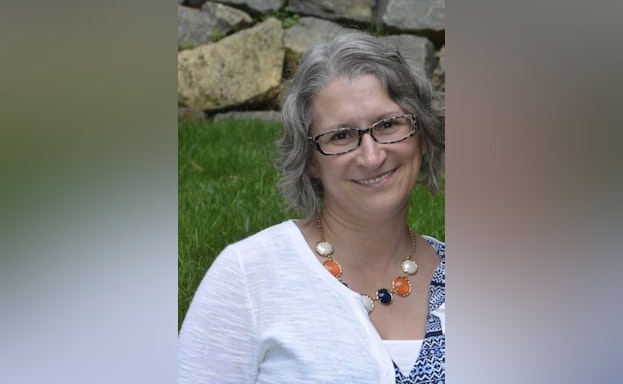 I decided I was concerned enough to call her psychiatrist. After putting my four-year-old and three-year-old down for a nap, I hurried back to the phone. I had to find her doctor’s number. Would knowing her first name be enough? It was 2003, and none of us were nearly as savvy with Google as we are now. I tried calling my best friend, who still lived in the town where we grew up, to see if she could help. For some reason, I never thought to call my father. Maybe I was afraid of worrying him unnecessarily. Either way, the tasks of the afternoon took over, and I decided to wait and call Mom back that night.

The phone call came around 4:00pm. After a solid nap, both children were ready to take on the playground at our local school. Yellow and oranges hues covered the blacktop driveway, and clouds blanketed the sky as I buckled them both into their car seats. It was my brother, who said Dad had called him at work to tell him he had to come home. Worry filled his voice, but for some reason, I felt calm.

The children and I spent the next 45 minutes on the playground. Although I tried to stay present, my mind drifted. Interestingly, I didn’t think of my mom. I figured something had happened to my grandmother. Maybe that was my brain protecting me from what it ultimately knew had to be true.

We pulled into the long driveway at home a little over an hour after the phone call. It was still light out, even though it was the end of October. Both my in-laws’ cars were in the driveway, which struck me as odd. It was unusually early for them to be home from work. I took the children out of their car seats and headed for the door. As I put my key in the lock, I remember thinking, “Everything is going to change as soon as I walk through the door.”

I was met in the kitchen by my mother-in-law, who had clearly been crying. The grandfather clock confirmed the time with its chime – 5:15. She told me she was taking the children and that Pop needed me downstairs. I then stood in our dark basement, surrounded by the feng shui placement of our two sofas. Pop held on to my shoulders and in between choruses of, “Oh, God,” told me I had to call my brother. I begged him to just tell me whatever it was himself, but he wouldn’t. I dialed my brother’s number, and my worst fears came true.

The days and months after that are a blur. My beautiful mother was gone. So many questions lingered. Could I have stopped this? Did I try hard enough? Did she know I loved her? These are the looming questions survivors of suicide loss commonly ask themselves.

The year after her suicide, my whole family drove to New York City to participate in an AFSP Out of the Darkness Community Walk. It was a beautiful day in Riverside Park and a wonderful route along the Hudson River. Since then, I have participated in two other community walks and two of AFSP’s Overnight Walks. I’m currently on the planning committee for our local community walk. These walks give me a place to grieve with others who know my specific brand of pain. I especially feel this during the Overnight Walks, where a few thousand suicide survivors walk from dusk until dawn to raise awareness. During the wee hours of the morning, when I feel I don’t have the physical or mental energy to continue, I think of all those who suffer from mental illness and want to give up, and I keep moving forward.

About a year ago, I decided to take my involvement one step further and became a volunteer in AFSP’s Survivor Outreach Program, which connects those grieving a death by suicide with a trained peer support volunteer who is also a survivor of suicide loss. Losing a loved one to suicide can be lonely. Listening to another survivor talk about their loved one, share stories of their life and even the difficult details of their death helps us both: we learn we are not alone. My hope is always to help someone who is beginning their journey of grief to see they have the strength and the ability to survive their loss. It isn’t easy, but it is possible with the support of others.

The pain of losing my mother will never be gone. All I can do now is try to channel that pain.

Recently, on a phone call with a fellow survivor, I noticed the chiming of the grandfather clock, much the way I did that fateful day. Often, on a random afternoon, I will notice it striking one o’clock, still majestically sitting in the corner of our dining room. I could let that haunt me, but rather, I use it as a reminder not to let precious moments pass. Part of me also thinks it’s some sign from my mother, letting me know, “I love you, and I’m proud of you for helping others.”