In China, those at highest risk for suicide are elderly adults over the age of 65 who live in rural areas. As a whole, older adults make up over 10% of the Chinese population.

Due to increased urbanization, it is estimated that each year, about 40% of people who live in rural areas in China relocate to urban areas. Consequently, it has been suggested that for elderly Chinese living in rural areas, being left behind by their younger relatives may be a significant risk factor for suicide in their age group. However, this has not been confirmed in previous research.

To better understand suicide risk in rural Chinese elderly, Dr. Liang Zhou and his team at Guangzhou Medical University conducted a study using an approach called the psychological autopsy. The psychological autopsy is a structured and standardized method of interviewing family and friends of a person who died, and determining factors related to a person’s death based on: physical and mental health factors, historical factors (e.g. a family history of mental health conditions), and social and environmental factors (e.g. stressful life events; access to lethal means).

Learning from this study in China can help us to understand more about what contributes to suicide around the world.

What are the risk factors for suicide in rural Chinese elderly?

Using the Chinese death certification system and Center for Disease Control (CDC) reporting, Dr. Liang Zhou and his team identified 242 elderly adults over a one-year period who had died by suicide in one of three Chinese provinces. After the manner of death was confirmed as a suicide for each of these individuals, researchers then identified a living elderly adult who was comparable to the deceased in terms of age, gender, and living location to provide a sample matched on age.

Using the psychological autopsy approach, the researchers interviewed each informant (generally a close relative, and a friend or neighbor), asking questions about their elderly relative or friend. These questions related to the elderly adult’s age, education, marital status, gender, employment status, income, and their access to lethal means.

For the elderly adults who had died by suicide, their informants were asked questions about suicide intent; if the elderly had sought help from a doctor in the month preceding their death; and if so, from what kind of doctor. In all cases, informants were asked questions relating to the elderly adult’s mental health status (i.e. diagnosis of disorder), depressive symptoms and social support in the week prior to their death (or, for the living elderly adults, prior to the interview), and stressful life events in the 12 months prior to death or interview.

Dr. Zhou and his team found that the elderly adults who died by suicide were more likely to be “left behind,” unemployed, and to have lived alone when compared with the living adult sample to whom they were matched. Additionally, those who died by suicide were more likely to have been either divorced, widowed, separated, or never married. The deceased elderly also had significantly less social support, more severe depressive symptoms, and a greater number of stressful life events as compared to the living elderly adults. The most common stressors were had a chronic disease (79%), hospitalization (55%), and death of a spouse in the previous year 32%). Notably, almost 60% of the elderly adults who had died by suicide had been seen by a medical doctor within the month preceding their death.

While more people who died by suicide had been “left behind” than those who were older and alive, the number was small (17% vs. 10% ), suggesting that other factors contributed to the death by suicide. Over half of those who died by suicide met the criteria for the diagnosis of at least one mental health condition, as compared to only five percent of the living elderly adults. Mood disorders, psychotic disorders, and alcohol dependence occurred more frequently in those who had died by suicide. They were also more likely to experience stressful events, have depressed mood and be living alone.

Based on the study, the researchers suggest that being “left behind” may serve as a stress that contributes to suicide in the context of mental and physical health conditions, and a general lack of social support, combined with other life stressors. 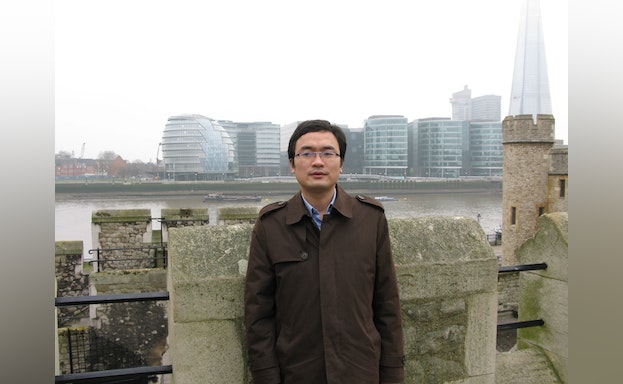