Respect and love are something I talk about a lot. As a proud transgender woman, I have learned just how important these two words are, particularly when they become not just words, but actions. When I initially came out publicly, I lost almost everyone in my life: friends, and family. They all chose to no longer be part of my life. It felt like a nuclear bomb had been dropped. But because I was shown respect by new people who came into my life, and love was offered to me at that moment, it helped save my life.

I have struggled all of my life with suicidal thoughts. As a young child, I knew I was a girl; yet everyone else told me I was a boy. I told my mother I was a girl at the age of seven. This did not go over well. During this time, I began traveling down a rough road with my mental health. It was so serious that about a year later, I tried to take my life. I am so grateful that this was not the end of my journey in life. I didn’t then know what I know now: that it was okay to be true and authentic to who I was. That depression and anxiety are treatable health issues, not something to be ashamed of, nor hide. During that time, it was my great grandfather’s love that helped save my life.

After I told my mom I was a girl, she beat me with her belt. I spent that weekend with my great-grandfather. He loved me unconditionally. He kept asking why I had all of these bruises and cuts on my back and legs. I finally told him what had happened: that I had told her I was a girl, and that it had made mom so angry she spanked me, and that was what the cuts and bruises were from.

I will never forget his response when I told him I was a girl: “Honey, if that is who you are, then be who you are.” This was in 1980, and I can still hear those words in my head and heart today. Those words have saved my life many times. 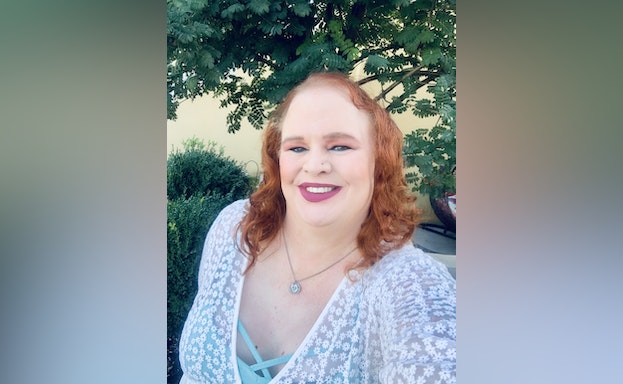 Respect and love are lifesaving. When you can respect a person for who they are – not who you see them as – it can change and save their life. Especially when we are talking about LGBTQ humans. When you can respect someone’s name and pronouns, it helps validate them. We all need validation, so this is a crucial, lifesaving, simple thing.

Love: such a simple, easy word to say – but harder, sometimes, for people to truly put into action. When we love those in our life unconditionally, it opens up trust, communication, and the feeling of being safe. One of the biggest struggles our LGBTQ youth still face is a lack of love, especially from family. I felt this as an adult, and it still was not easy. Whatever age they are, open your heart, and love them for who they are.

I would like to tell you that my suicide attempt at the age of 8 was my only one. However, this is not true. I didn’t get the mental health help I needed until later in life. We need to encourage each other to not be ashamed to get the help we need. This is part of loving someone: encouraging them to get and accept help.

When we extend respect to people and love them, it truly is lifesaving. I know this because it has been people’s respect and love that has saved my life more times than I can count. Most of the people who had a positive impact on my life didn’t know the impact they had on me in those moments. Please do not take for granted the effect you have on others.